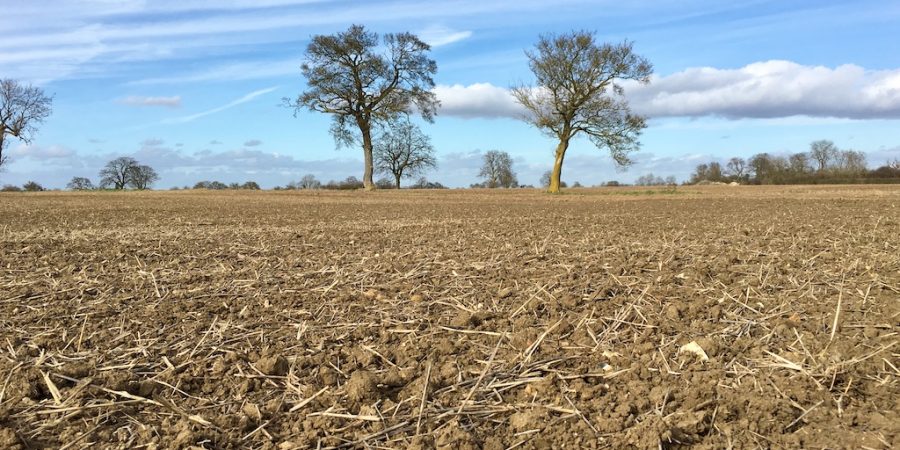 Establishing costs: from start to finish

The costs of establishment for the crops for harvest 2019 were under scrutiny at the latest JVFG meeting hosted by Granta Farming in Essex. As usual amongst the businesses benefiting from elite level of benchmarking, there was as much interest in the similarities as there was in differences in machinery and labour performance.

Taking stock of what’s trending in the ground

There is little change in the choice of crops being drilled this year compared with a year ago. For 2019 there is a small increase in winter wheat planted across the group, a 5% drop in oilseed rape and several businesses planting cover crops (several supported by payments from water companies) as well as another planting winter rye for the first time. One key overall observation from JVFG consultant Jamie Gwatkin is how much more complex rotations have become “in the need to find alternative cropping”. One business commented that it felt like returning “back to traditional rotations”.

Drilling down into the benefits of “best autumn ever” 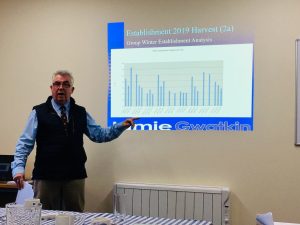 Pointing out the real costs of winter establishment

In JVFG, as the wider industry, there was a glow of satisfaction at the ease of autumn work in 2018. So that means that work rates were higher? “No.” was the categoric answer from the Jamie Gwatkin’s analysis of operations. “You just did the same amount of work in a condensed period of time”. However, there is still generally a downward trend in costs of primary cultivations. This is attributed to less ploughing, improving soil condition (the influence of cover cropping) and more direct drilling.

Another overall observation is that drill technology is getting better and so farms are doing less work to establish crops. The actual performance of drills is perfectly illustrated by the individual business reports. With JVFG benchmarking it is possible to take the analysis to a much higher level: to compare one drill type with another, and to compare what the same drill gets done when used by different farms.

There was plenty of drill decision-making discussion. While some farms are switching from Claydon 6m & 8m drills to Horsch Sprinter, others are doing the opposite. Meanwhile the business with the highest drill performance/work rate in the group. JV Farming  is sitting tight with their choice of drill. “What you saw we were doing in Dorset with our Vaderstad Rapid 6m four years ago “, said Tim Merry, “we are now doing again.” Look at the data from across the group and there is plenty of evidence of ways that costs are being gradually driven down further and further.

Do It Yourself or choose someone else?

Knowing the cost of the operation certainly does deliver decision-making. One example given was Brixworth Farming Company (BFC) and rolling. BFC’s Ian Matt justified their decision to bring in a contractor, who charged £6/hectare for the task. This seemed a bargain when for some businesses in JVFG they factored in a fee of more than double that, £14/hectare, to get the job done.

Braced for whatever the season brings 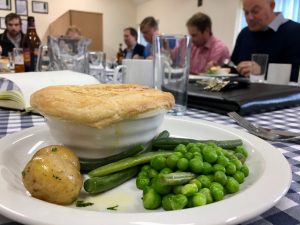 Fuelled with information and insights – and a good lunch – for the challenges ahead.

There may or may not be seismic shifts in store this year for markets but there are certainly mood swings in the industry and even within individual businesses. However, with JVFG there is always an upbeat atmosphere in the banter and the business values and expertise discussed and shared by the members. “I never cease to be amazed how there is always something different – and useful – for us all to take away from these meetings “said Jamie Symington.

That, whatever is ahead, is the best possible state of mind to farm with for the new season.