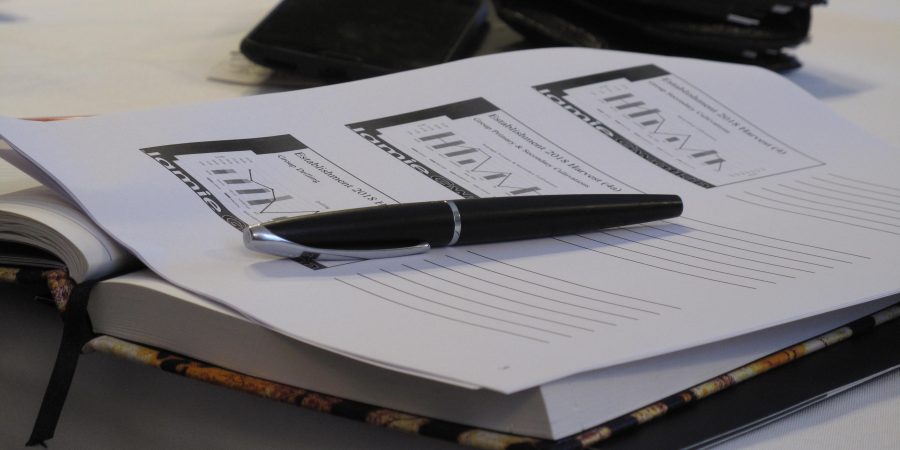 The only way up is going down even further

By Susie Emmett On March 22, 2018 · Add Comment · In Autumn cultivations, JVFG members, News
JVFG consultant Jamie Gwatkin presented his latest analysis of JVFG member data at a March meeting in Thame, Oxfordshire. This is his summary of the results and a perspective of these times in which we farm.

“The headline from the latest set of JVFG benchmarked results is simple: member businesses are continuing to further reduce their costs of production. 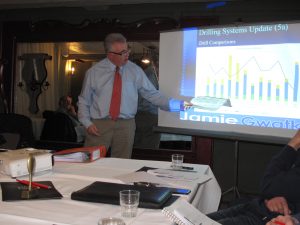 Further reduction in costs of establishment with joint venture benchmarking

Listen, learn and do to get results

These are significant figures in terms of cost reduction over the last three years.That’s the take-home message for me. We have made considerable improvements through JVFG. People have learned from each other, actually. They have made some real changes and got some measurable benefits.

Getting close to a joint venture farmed combined acreage of 50,000 acres

The data set I am working with for this analysis is from 11 groups farming over 17500 hectares. With new joint ventures joining in 2018 with 2500 hectares and 1000 hectares each we’re looking at around 21,000 hectares in JVFG. The magic figure is always 50,000 acres so we’re knocking at that door. We have been going for ten years now so what we have in the group is a very powerful data set across different areas of the country with different cropping opportunities but all with shared values aiming for a common goal. 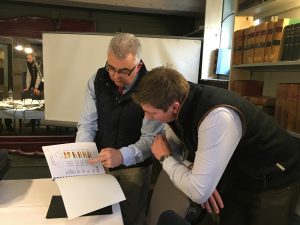 This meeting we were joined by Jorin Grimsdale, Technical Director of Mountfair Farming in the Scottish borders and North Northumberland. He had got in touch with JVFG to see what membership offers. He is a young, enthusiastic and energetic farmer who needs to know what his costs are. He knows that is his future. He knows he has to operate at a level which will make him sustainable and profitable for the future. he has seen what he can gain from JVFG. And if he joins then he can bring ideas from the Scottish borders, and experiences that he has had up there. 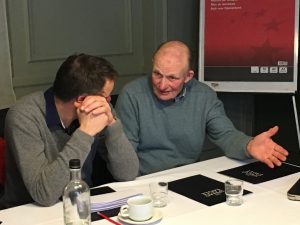 Presenting the group benchmarked results in a roomful of forward-thinking farmers and hearing their discussions and plans is really enjoyable.

JVFG members share a positive mindset. When I look at farmers in general I see that this can be generational thing. If they are aged 60 years or more then often when it comes to looking at trying something new, they ask themselves “do I need the hassle?”. They are more likely to be looking potentially exit farming. It’s the next generation or the young-minded farmers who are wanting to grasp the opportunities to take on joint ventures and collaborate with their neighbours. They are wanting to find out about JVFG because they can see that’s going to be the landscape where the future of their business lies.”
Tagged with → arable benchmarking • benchmarking; joint venture; machinery costs; profitable farming; JVFG; articulated tractors; • costs of establishment • joint ventures • labour and machinery
DMS
This website uses cookies to improve your experience. We'll assume you're ok with this, but you can opt-out if you wish.Accept Read More
Privacy & Cookies Policy
necessary Always Enabled
non-necessary