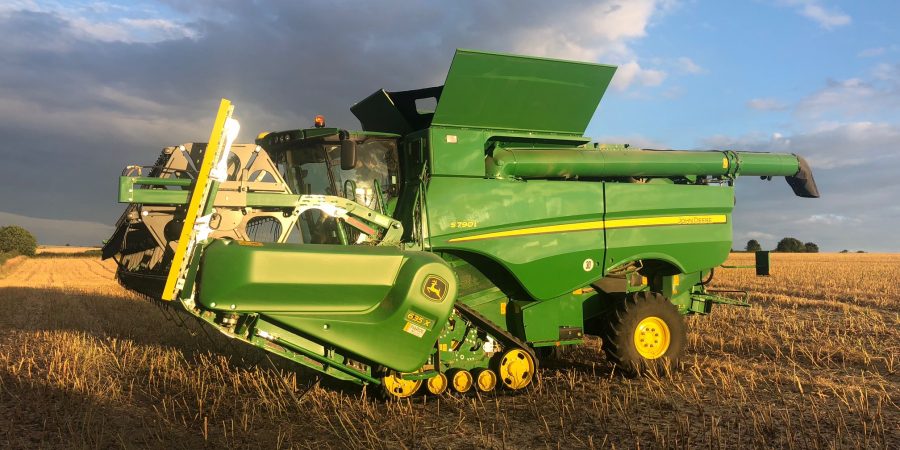 While many farmers are focussed now on the work for harvest 2020, JVFG member business Manor Farms looks back as well as forwards. They have been sharing with Farmers Weekly magazine how being part of JVFG’s benchmarking group helped their choice to switch to the John Deere S790i combine.

Manor Farms LLP is a partnership between the Hartley and Pearce families on 970 ha in Oxfordshire. They took the time to check out the combine competition and it was the John Deere that caught their eye. Ease of use and potential performance were key to their scrutiny. But the combining cost per hectare was uppermost in their minds. They had the knowledge from JVFG benchmarking that their cost to combine in 2017 had been £87.77/ha. 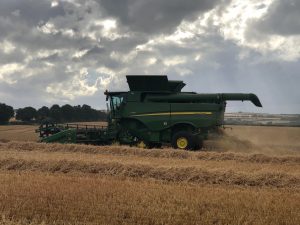 New John Deere at work on on Manor Farms Harvest 2019

The switch to the John Deere S790i has proved, for this joint venture business, to be the right one. From the analysis of the benchmarked data across 11 farming businesses covering over 16,000 hectares, the Manor Farms venture was delighted to find that their combining costs had halved the £39.73/ha in 2018. This led to their  winning the JVFG Harvest Cup. Rather than buy their new machine outright, the choice was for a five-year lease agreement for the peace of mind of having a full maintenance and servicing plan. 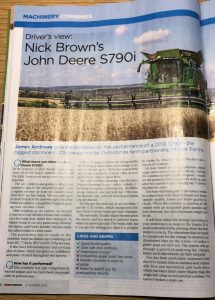 Sharing the benefits of JVFG benchmarking with readers of Farmers Weekly

How to make the right choice of combine harvester

In the Farmers Weekly article, the combine’s operator Nick Brown is honest about all aspects of using it for the harvests of 2018 and 2019. Sharing ‘likes and gripes’ gives others with a combine choice to make useful information ‘from the cab’. However, Manor Farms’ choice was helped most by knowing the financial facts of what their previous combine was costing and what they needed the new machine to beat – in the field and on the JVFG benchmarking spreadsheet.