“Costs were running away. Commodity prices were dropping. Profits were harder and harder to make. Looking over the fence at our neighbours, we could see we were a mirror image of each other: similar kit, similar size and similarly under-utilised. By joining forces we cut our costs. 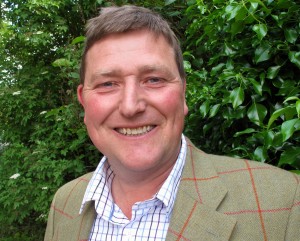 Using similarity to make a difference

Pelham Farming Co Ltd is different to many other joint venture businesses. We jointly operate for only 10 weeks of the year, co-concentrating on the expensive bits: combining, cultivation and drilling.

The rest of the year we go back to being our own businesses for cropping, spraying, fertilising, agronomy, marketing.

We have complementary sets of skills and work very well together – but only for 10 weeks of the year. It would not have worked if we had gone entirely in together, I feel. Farmers are fiercely independent and it takes a lot to co-operate fully  – and a great leap of faith.

The joint venture  is a stand alone, limited company that is a contracting business. It charges the parent business and other businesses for who it works on a per operation basis. So it’s very simple, very straightforward. You can drill down to every cost.

Out with the old and in with the new

Before we started both farms cleared the decks of equipment. We released £87,000 of capital. Our neighbours and partners released £114,000. We each put £50,000 to set up Pelham Farming plus £10,000 each of share capital and £40,000 each of directors’ loans. The new business bought the best kit available.

We felt it important to formalise and that’s where JVFG agricultural advisor Jamie Gwatkin came in. He was our first chairman and he has been our consultant and chairman ever since.

From crawlers to articulated tractors: the best option

Crawlers are incredibly expensive. They operate for 500-650 hours a year and it’s all in summer and early autumn. They are very expensive to run and we were seeing increased levels of compaction on the headlands. We’d looked at quad tracks on demonstration but the fuel consumption was 14% higher.

Now, with articulated tractors, we are not scuffing up the headlands. Tyre technology has improved and we had a demo with artic versus crawler and with the artic tractor we were able to get the power to the ground. It was such an obvious step in the effort to continue to cut costs. Moving into our 15th year as a joint venture that’s still the driver for the businesses: to cut and contain costs through economies of scale.

As farmers we can be incredibly parochial: we all think ‘we’re the best’. Farmers are the worst for that. But you have to benchmark. I am a great advocate for the saying ‘if you can’t measure it you can’t manage it’. You think you know what the neighbours are doing and maybe think we are doing it better than anybody else but you have to benchmark to know whether you are ahead or lagging behind.

Combine: to buy or not to buy

Initially we moved into combine ownership but now we have moved back into hiring. That’s all come out entirely from looking at benchmarking figures, looking at what the best people are doing. We’re benchmarking now over 40,000 acres over the seven member businesses all over the country. That’ s invaluable. Different soils types, different systems and its a great discussion forum. I get a lot from it and make changes where necessary.

With farming today there are so many variables. There is so much that is out of our control: the market and the cost of inputs. We have to control what we can control and so help to manage risk.

We’re all trying to iron out the variables as much as we can. There’s no point in cutting costs and decreasing output. It’s about maintaining that balance. Working with your neighbours, to co-operate and keep farming. It’s all about sustainability I think. What it gives us, through economies of scale, is access to the latest technology. Even in my relatively short time in farming, 20 years, the technological advancements in agriculture are staggering. It all costs money and you can’t improve without investing in that and you have to have the economies of scale to do it. With the JVFG that’s what exactly what I get for my joint venture.”