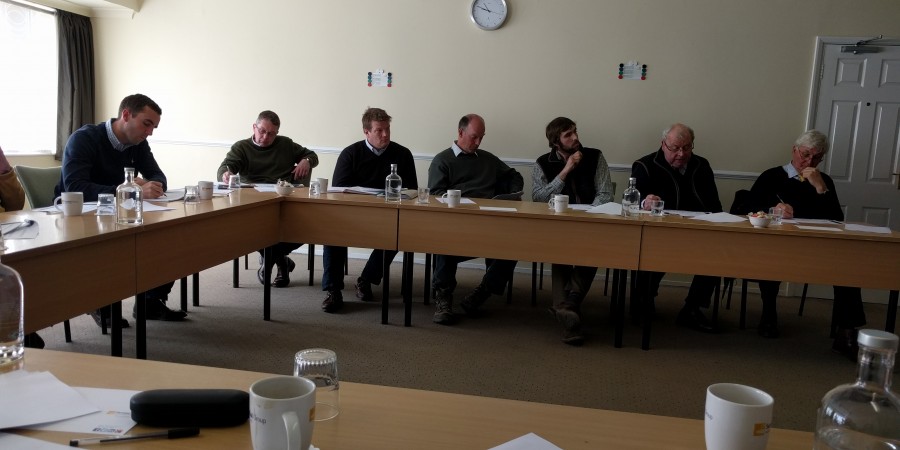 Looking back to look ahead

With eager anticipation, JVFG members gathered in Northamptonshire to hear the latest benchmarked analysis from JVFG consultant Jamie Gwatkin. The headline of a £25 per hectare fall in the average establishment costs 2015-16 across all groups is good news. But the group was reminded that some of the major savings come from reductions in depreciation, not from the fall in fuel prices. There are other and more interesting financial and strategic points within the latest JVFG spreadsheets.

There has been a noticeable changing in cropping as members start to move away from winter oilseed rape, the total area amongst member farms dropped from 20% to 18%. 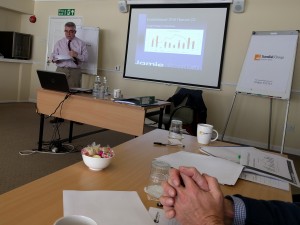 However the largest change in cropping is the increase in winter barley area, from 4% to 14%, as growers respond to the higher yields offered by modern winter barley varieties. Another factor is the search for earlier entry into winter oilseed rape in order to improve Blackgrass control and get establishment before flea beetle attack.

The other trend noted is that the area planted with beans has fallen 9% to 2% as growers better understand Basic Payment Scheme greening and use other features rather than pulses to collect their greening points.

Catching up with cultivations

High trash levels from good growing conditions resulted in a fall in primary cultivation work rates. There was a request from Edward Hitchcock of Pelham Farming for an ability to further drill down into the split between different primary cultivation cultivators.  Jamie Gwatkin agreed to detail this for members in future.

Stoke Farms and Chalke Valley both achieved higher than average secondary cultivation work rates using a Simba or Great Plains cultipress. This is an implement that Paul Garfoot of Chalke Valley believes generates a levelling and consolidated seedbed which improves germination rates of the subsequent crops.

When primary and secondary cultivation costs are added together Stoke Farms achieved the lowest cost per hectare. The group questioned Antony Pearce of Stoke Farms at length about how this was possible on heavy land. Antony explained the system was based on high work rates and minimal disturbance and using stubble rake, Vaderstad carrier, cultipress followed by a sky drill designed for direct drilling.

Drilling down on cost

Drilling costs ranged from £12 – 26 per hectare with work rates of around 3.5 hectares per hour. It was noted Pelham and Stoke suffered high implement costs as a result of not putting many hectares through their tine direct drills. JV Farming’s drilling costs were the lowest as a result of reconditioning their Vaderstad drill.

Getting ahead with joint ventures

Apart from comparing this batch of seasonal costs with other Joint Venture businesses, these latest benchmarked figures make it possible for JVFG members to compare costs within their business between this and previous years.

Steady, year on year improvement in reducing costs has been achieved by both Pelham and Symington. For Stoke Farms, with one of the newest joint ventures, Landsman Farming, this is the first year for data. The excellent news is that they can see that they reduced their establishment cost by £40 per hectare.

This is the the first time a business had been through the benchmarking process before and after forming a Joint Venture.

For new Joint Ventures and for the long-established ones, the take home message from the Spring 2016 gathering is the same: benchmarking costs and continuing to scrutinise the detail of what is to be done, when and how is the way to get and stay ahead.