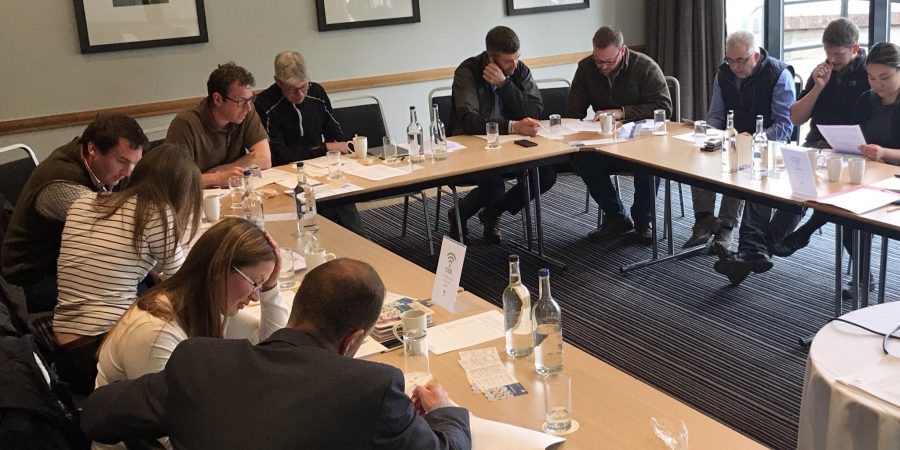 A group of farmers in Scotland are using JVFG as the model for their own benchmarking.

The Scottish joint venture farming group has called itself 4sightfarming. Eric Anderson, senior agronomist with Scottish Agronomy and who initiated the collaboration, spent time getting to know JVFG, attended our seasonal results meetings and was so impressed with what he saw and heard that he chose JVFG as the partner for the initial work with a group of five farmers.

“If farmers have a grasp of all their costs from the field up, then they can make simple but effective changes with confidence”, explains Anderson. “Figures show that with the loss of BPS payments, in Scotland 40% of wheat-growing land – and 60% of land for other combinable crops and potatoes – will not yield enough to cover actual production costs.”

Scots off to a flying benchmarking start 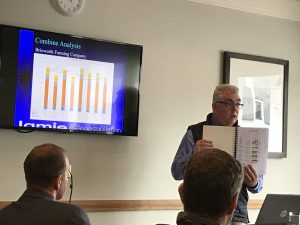 Sharing the benchmarking tools and techniques used by JVFG

This month the first step was for JVFG consultant Jamie Gwatkin to train the Scottish group to use JVFG software. “It is pleasing to see the expansion of the JVFG benchmarking project into Scotland”, he said,  “I am sure that the benefits derived from the work in England can be applied to the members in Scotland and foster cross border collaboration for the greater good in uncertain times”.

New JVFG film tutorials help guide users through the steps to set up each farm’s data framework and then proceed with easy entry of the numbers collected on the job and field by field.

4sightfarming is paying a one-off fee to join JVFG and then an annual licence to use the software. Their year-long pilot project, which has been fully funded by the Scottish Government and the European Union through the Scottish Rural Development Programme Knowledge Transfer and Innovation Fund, will combine the findings of the data inputted with management ideas and tools to help maximise the margins of up to 25 arable farming businesses in central and North-East Scotland.

Taking collaboration and comparison to another level

Comparisons within Scotland are the first priority but it could be possible in future to compare their results with the performance of English farm businesses in JVFG.

This new south-north benchmarking collaboration is attracting a lot of press interest.

In addition, there is much anticipation amongst the Scottish farmers involved for what their data will deliver. “Without accurate information to benchmark against, it is very hard to make quality decisions”, says Eric Anderson, “and this is where this project can offer a new lens to find tangible solutions.”

Meanwhile in England, where this elite benchmarking system was developed, JVFG Treasurer Antony Pearce is pleased JVFG has inspired a spin-off group. “The JVFG project was set up and maintained by farmers. It’s great to see our knowledge and experience being leveraged to help fellow farmers North of the border.”